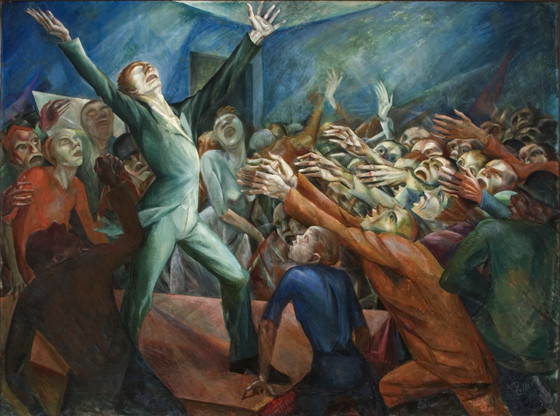 The Orator by Magnus Zeller

Here are two short-and-sweet political statements that have had great influence in our society. One is credited as a major “spark” igniting the American Revolution and the other is the motto of the Conservative Movement.

“Give me liberty or give me death!”

“Government is not the solution to our problem, government is the problem.”
(Ronald Reagan, January 20, 1981)

Like it or not, we’ll be hearing politicians speaking and being quoted all through election year 2020. From ad hoc zingers to crafted slogans, from snatched sound bites to major televised speeches, many of the things they say will catch fire with a following or be deemed memorable for some other reason. We can appreciate these political “hooks” much as we do the enchanting elements in songs. What’s their essence? How do they work?
SUBMIT TO HOOKS (i.e. to smithsg@millsaps.edu) any standout political hook you have noticed lately. Include a comment, up to a paragraph, on what makes it memorable.
Or – in a separate category – design one!
We’ll exhibit entries here (click on Political Hooks)! Happy hook hunting!

Submit to Hooks!
and direct comments and questions to
Steve Smith (smithsg@millsaps.edu)